It seems like Damn3D is once again busy, so while we wait for him to come back I figured I'd share some stuff.  In a previous post, I mentioned having commissioned a 3DX version of one of my favorite h-manga.  Upon his brief return we resumed work and here's a taste of what we were able to complete (as much as I'm willing to show right now, that is).  Taking the bottom right panel from the source we have his first attempt, and next to that our collaborated effort that makes some changes to her ass and the handling of the stomach bulge.  Hope you all enjoy.

Hello my friends!!!!!!!! I'm back!!!!
Well, this last couple of months I've been trying to solve my future and my life in general... I'm in a new city with new projects and job, so trying to adapt to this new life... But one of my goals is to do this a full time job and that's why I needed to make some changes to my life...
I apologize for this new absence, I know you guys wanted to have some new stuff, but believe me, I wanted too!!
I want to forge a solid relationship with you, and this kind of lapsus don't helps at all...

I've tried the new Daz render IRay, and I'm in love with. You can see for yourself and tell me what do you think!

And for the monsters lovers:

I know I have some debts with some of you! I'll try to fulfill it, I promise... I'm a little lost after this time lost...
Publicado por Unknown en 12:09 31 comentarios:

Hello, friends!  Seems like everyone enjoyed "Too Much Cock" (yay pun!).  Thank you for all the nice comments.  It might even be enough to persuade Damn3D to continue playing around and render some more images, but that's a big 'IF' for now.  He's taking care of some personal errands at the moment so I'll ping him next week to ask =D

As for me, I've been traveling across the country due to work and during that time I've been trying to think of what to post next.  I'm still pretty jet lagged so the best I could come up with was some teasers.

From the ol' Zelas-Super-Set-Work-In-Progress Folder comes Ilaria wearing a lovely dress.  Next is a side-by-side of a very much WIP OC of mine, Elodie.  Once we nail down and fine tune some of her features, it's off to select a nice outfit for her.  And finally, we have our also WIP beast.  Let's call him George for now.  I'm thinking of adding a long, thin spinal tail for some all-the-way-through action but that's still up in the air.  There are also two more characters to my set, both of which will be surprise guest stars. 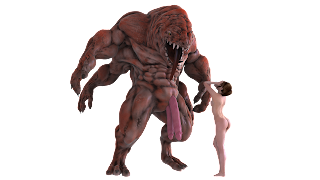 I have the story all mapped out and most of the scenes decided.  I still need to work on some positions with flows and transitions while collaborating with Damn3D.  Still a few months away from finishing, I think.  But hey, while we wait how about a couple of teasers from Damn3D's upcoming ACK set; the continuing adventures of Karina. 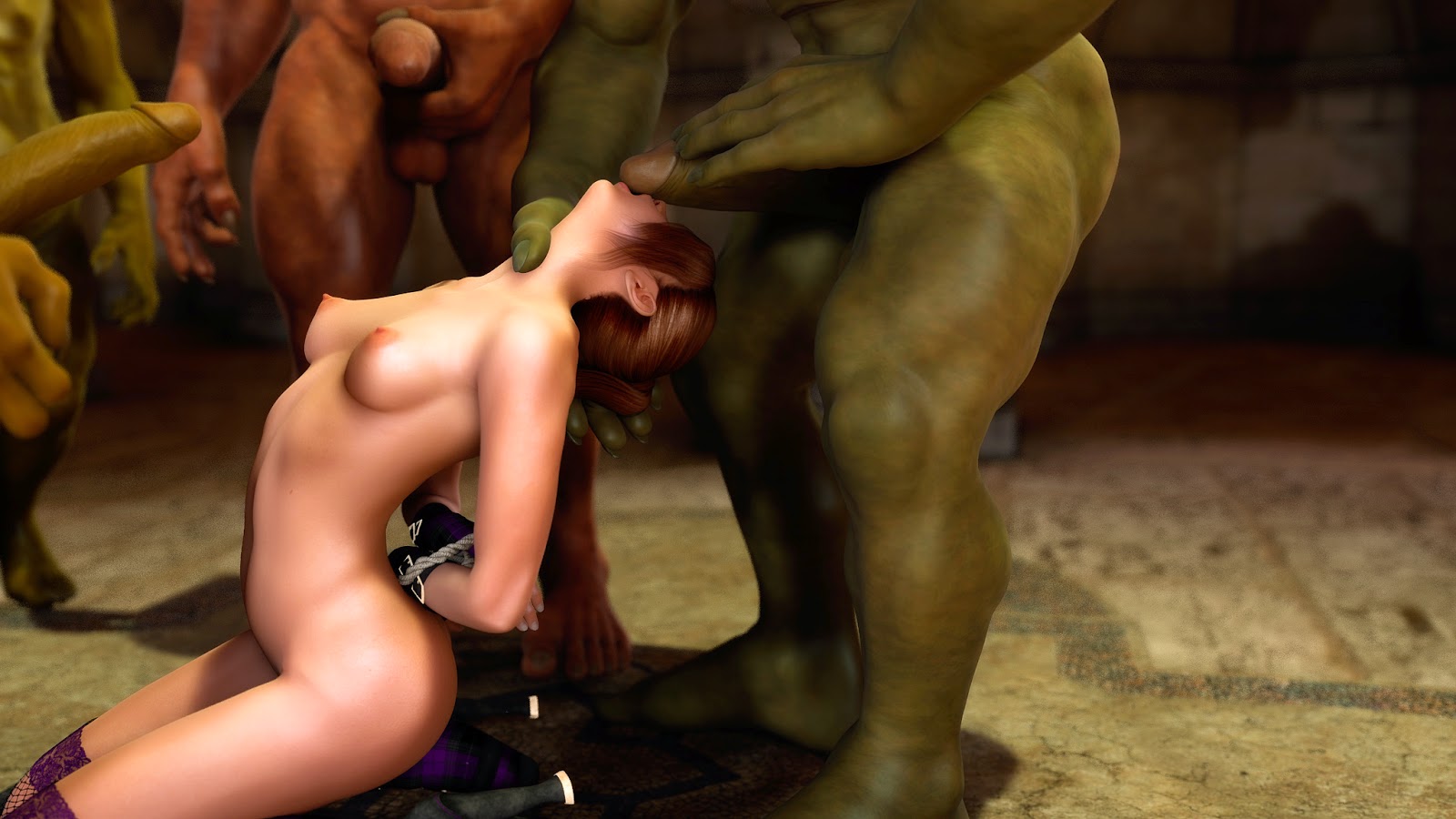 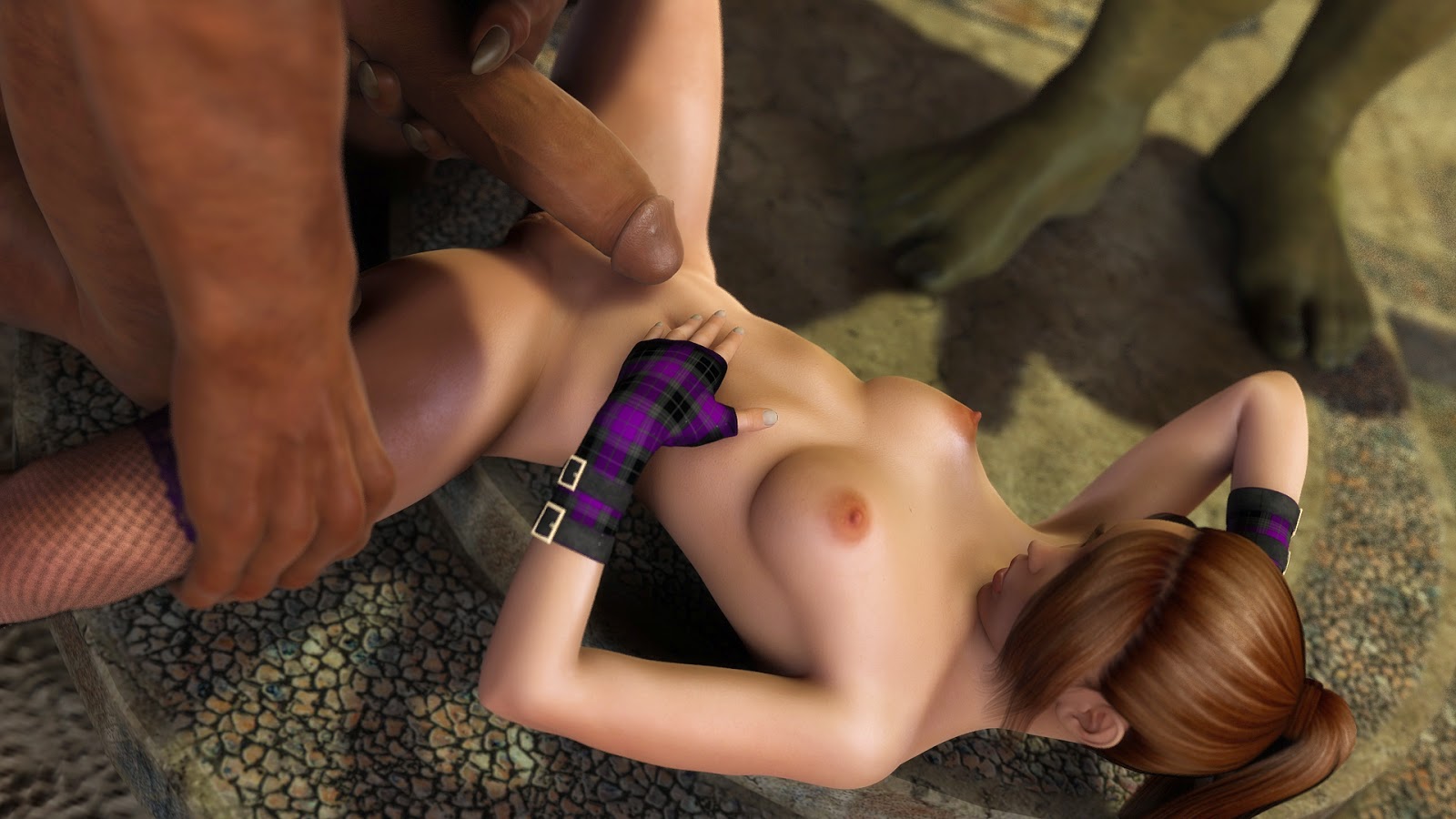 Before we part, some of you may have noticed a similarity between our two-donged demon and Vaesark's Grull.  Completely coincidental, I promise.  However, when Vaesark revealed his "Defiler of Orafices" my imagination ran wild.

Picture, if you will, a crossover event featuring Grull and George.  Pitted to fight in the arena to the amusement of many (including some beautiful women), they clash.  Head butts collide, punches are thrown and cocks are flailing.  A certain group of these beautiful women stand mesmerized at the four giant, magnificent members attached to the beasts; a lustful spark is born in their eyes.  They are noticed by a battling Grull and George.  Locked in combat they stare and smirk at each other briefly before attacking the crowd.  Guards are killed and women are captured.  An orgy of beauties and beasts ensues; a mixture of non-con and con with large penetrations, stomach bulges, cumflations, all the way throughs, and a DOUBLE SPIT ROAST!!

A man can dream, can't he?  Anyway, see you all next time.


PS.  Vaesark if you are reading this I hope you have a raging boner.
Publicado por Zelas Metallium en 18:00 32 comentarios:

So to continue off the little surprise mentioned in the previous post... viola!  The short mini-comic "Too Much Cock".  Born off playing around with morphing limits, Damn3D thought "Sure, why not.  Karina could use some *happiness* today" and decided to render several more poses and slap on some dialogue for your enjoyment. 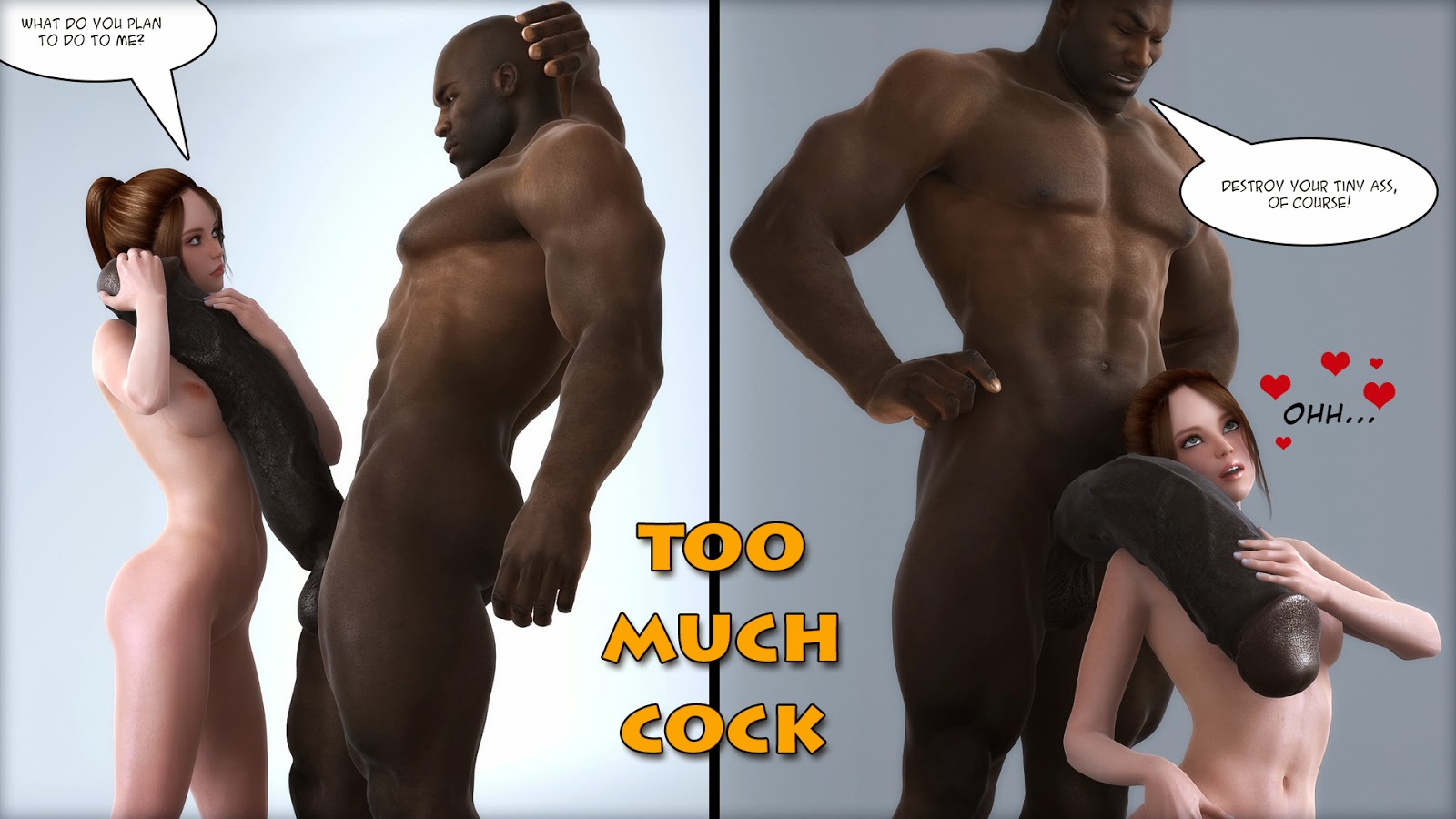 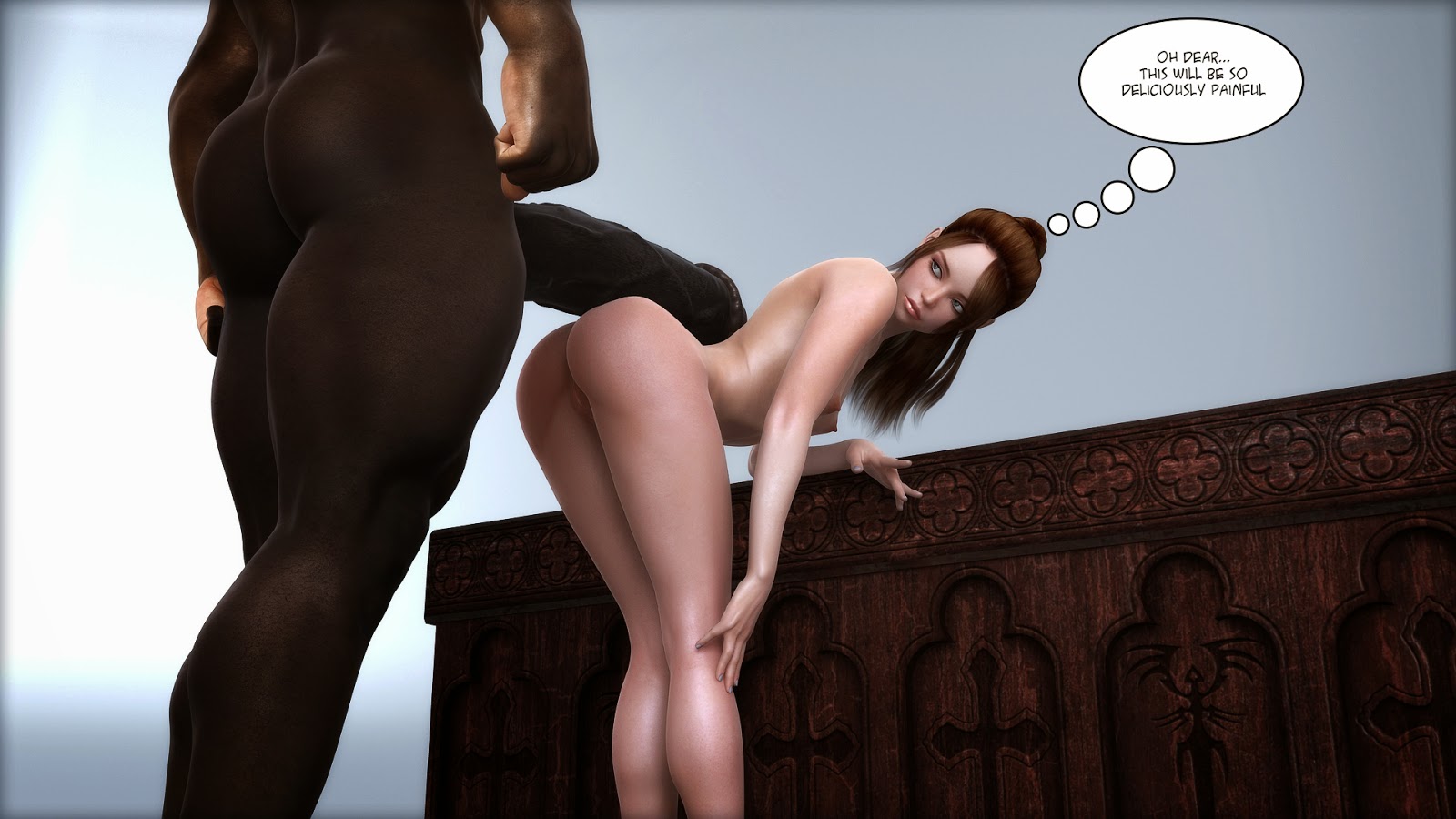 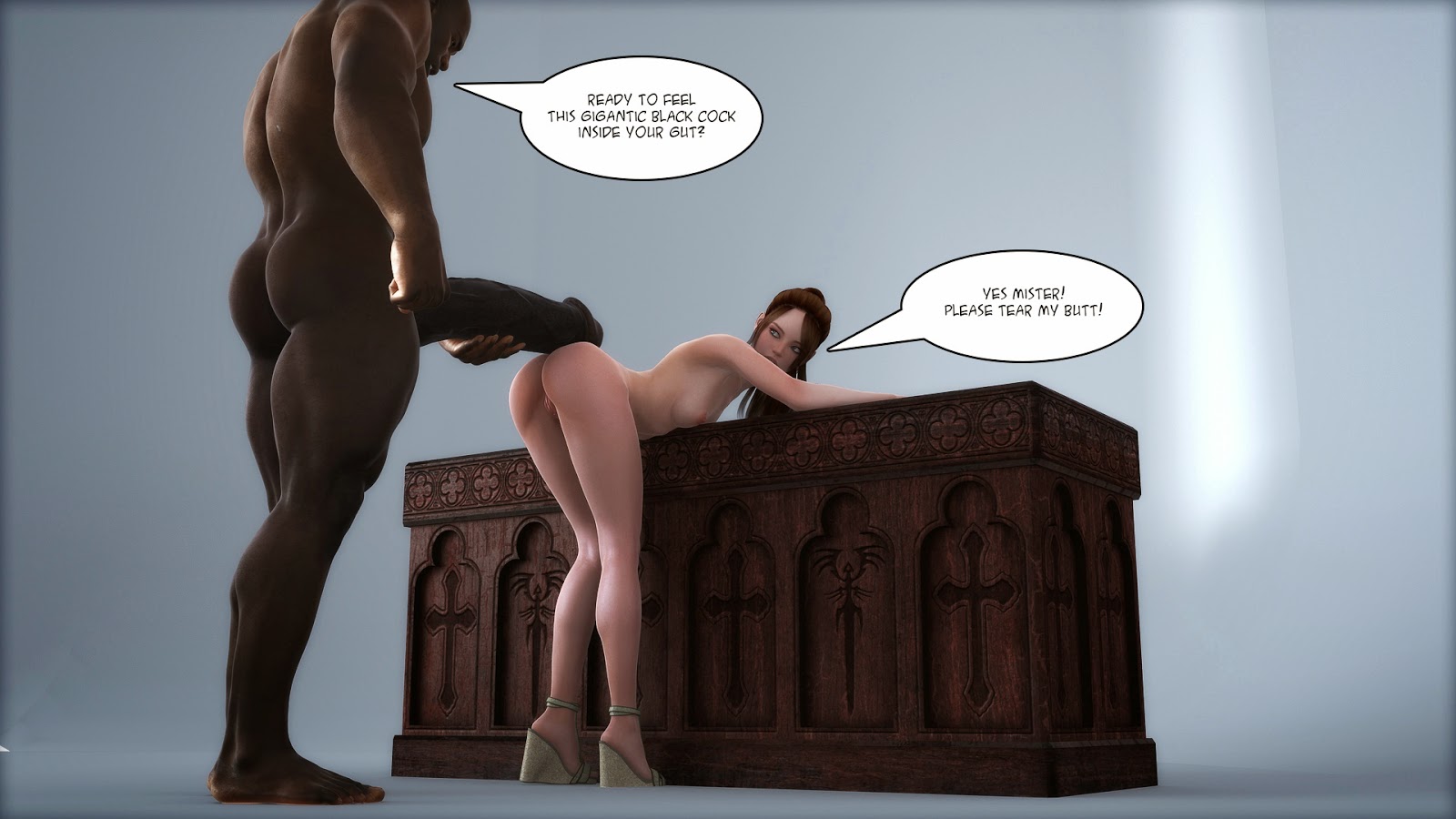 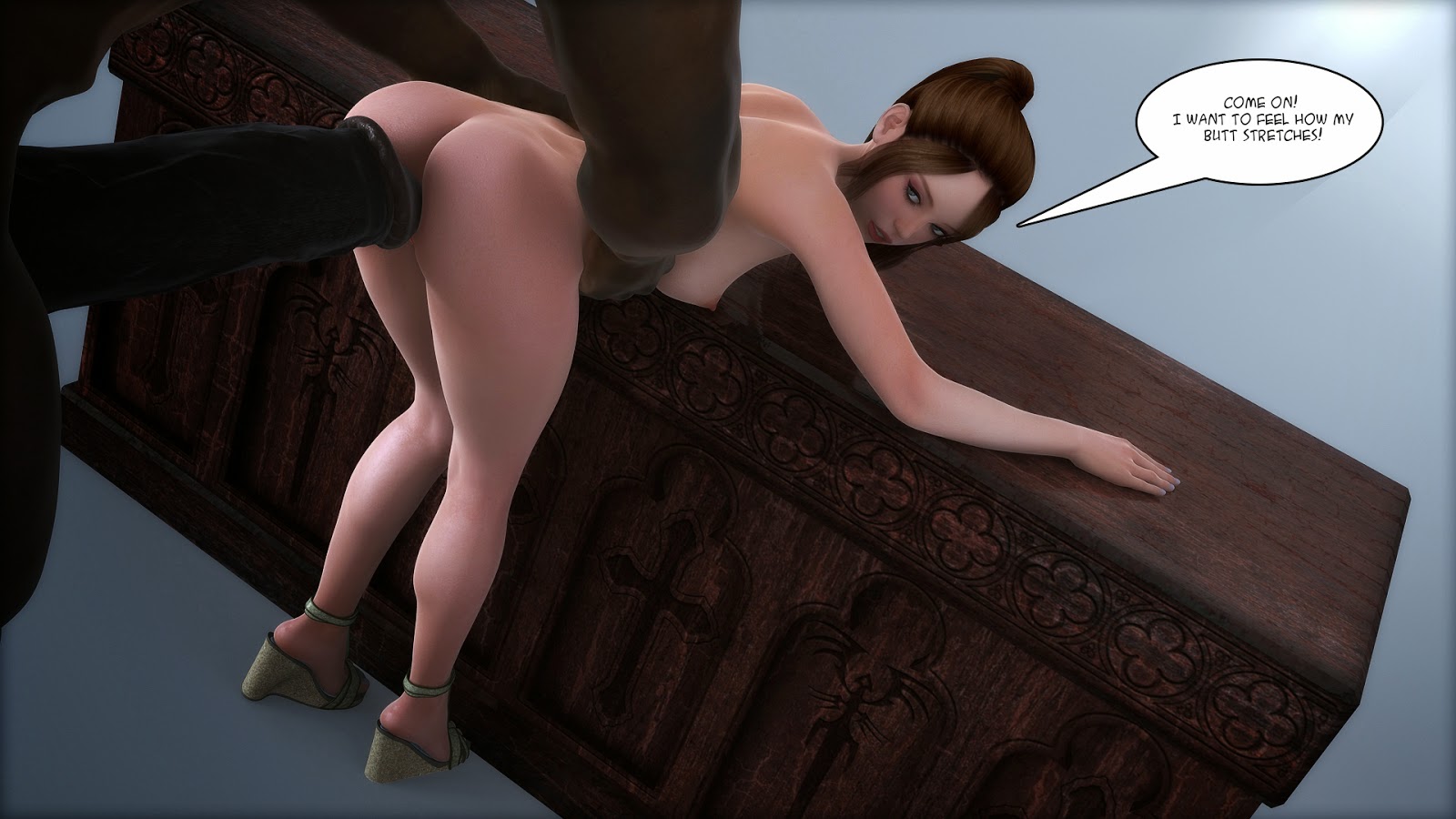 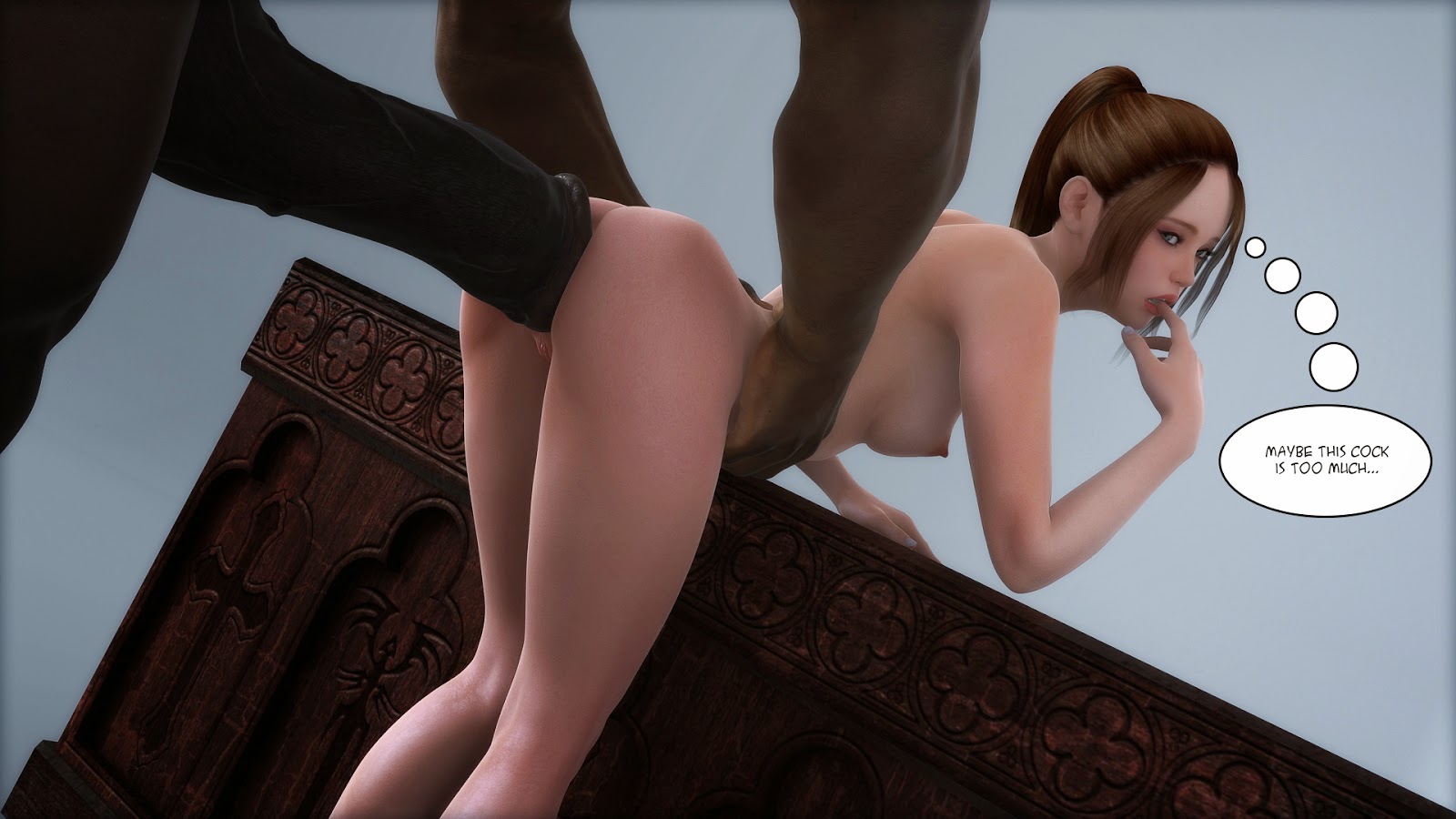 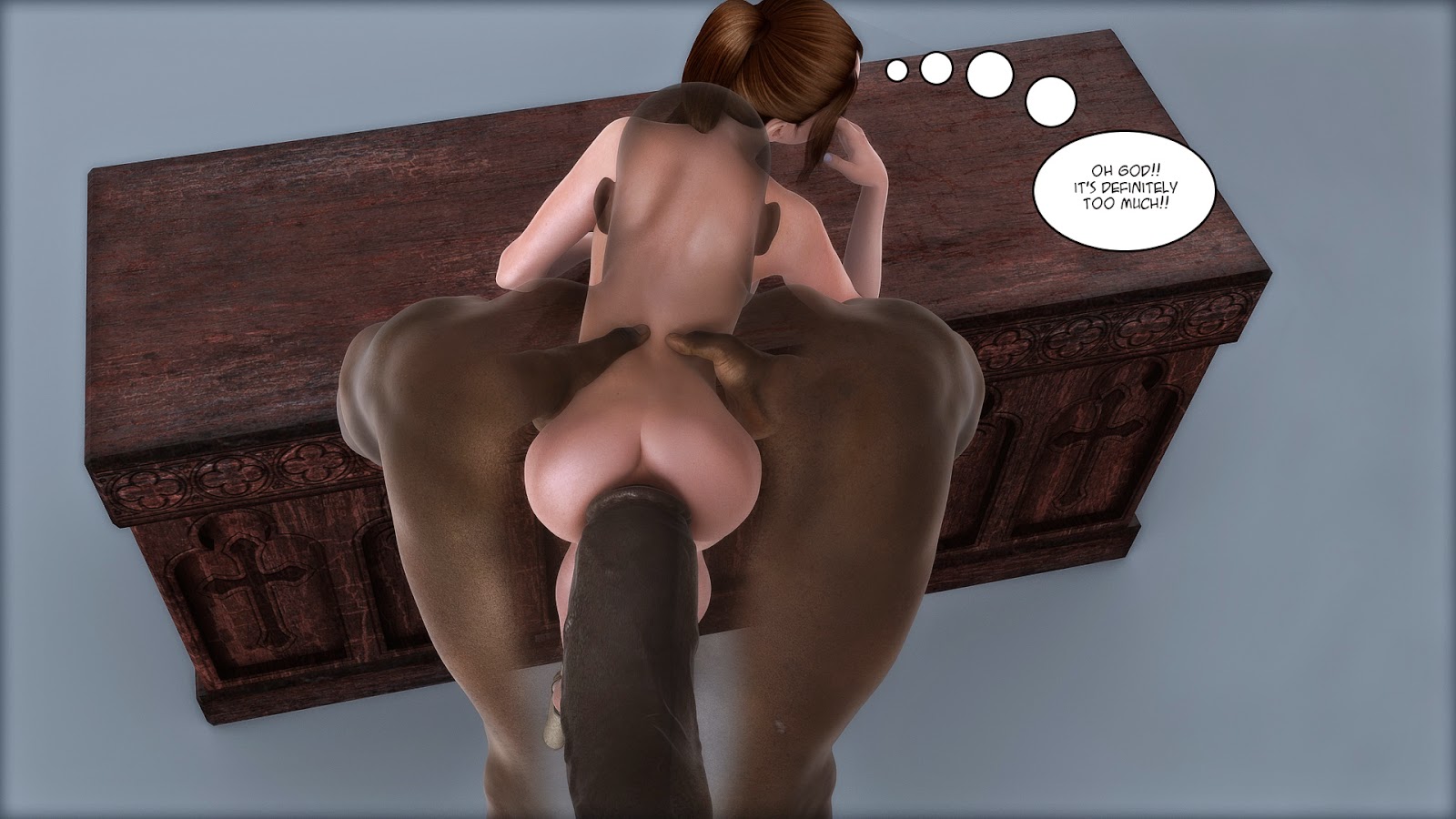 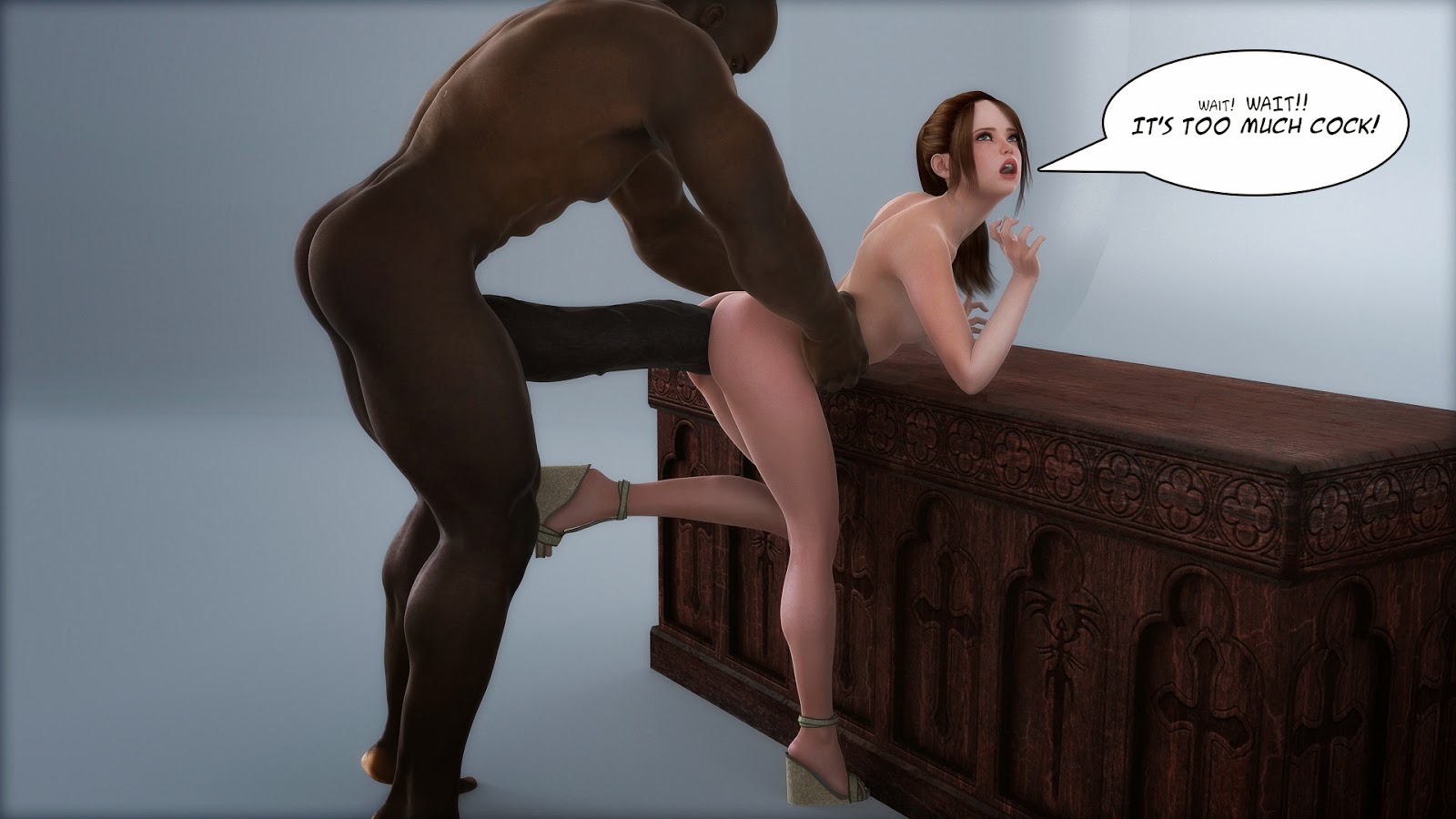 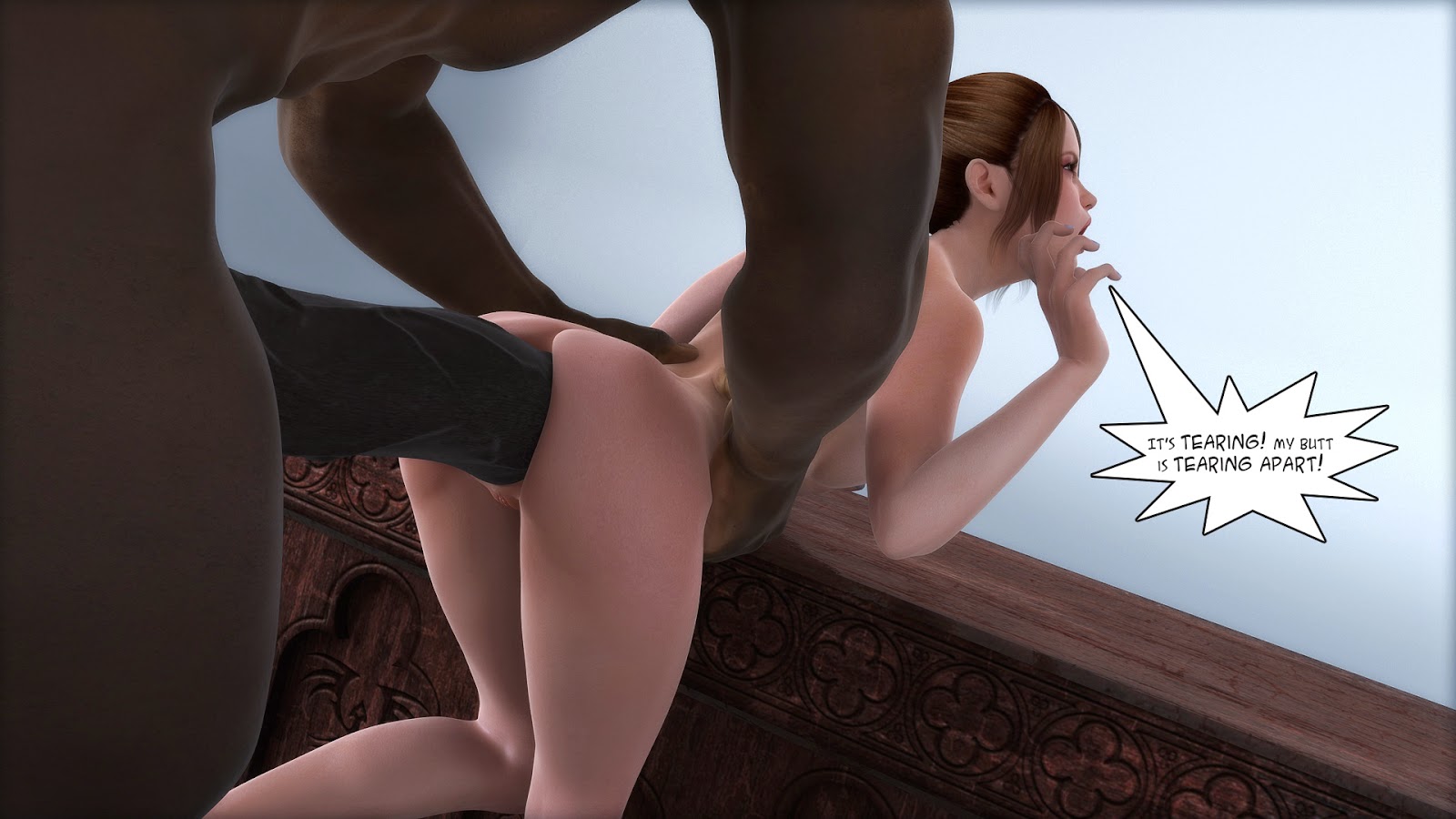 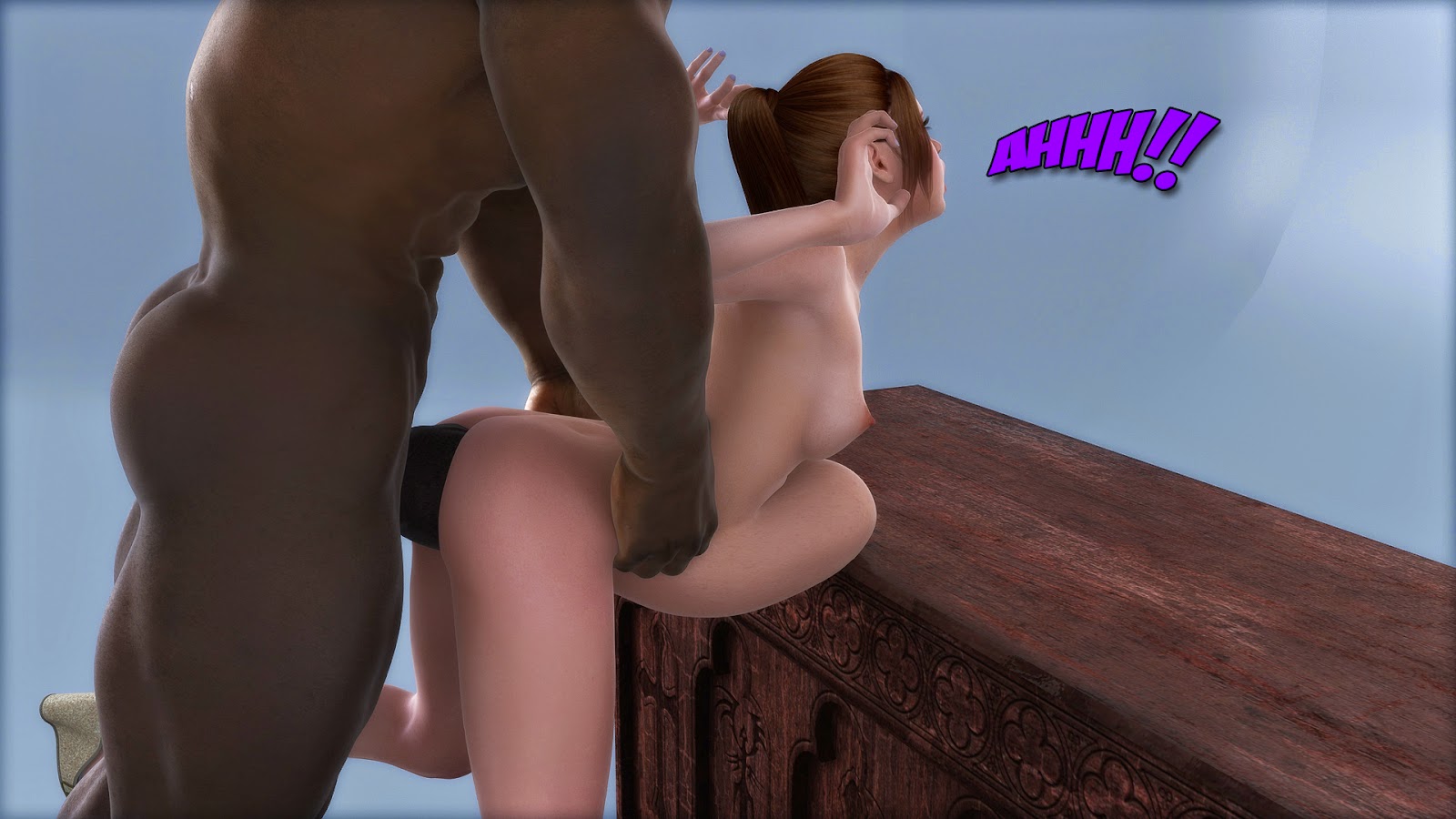 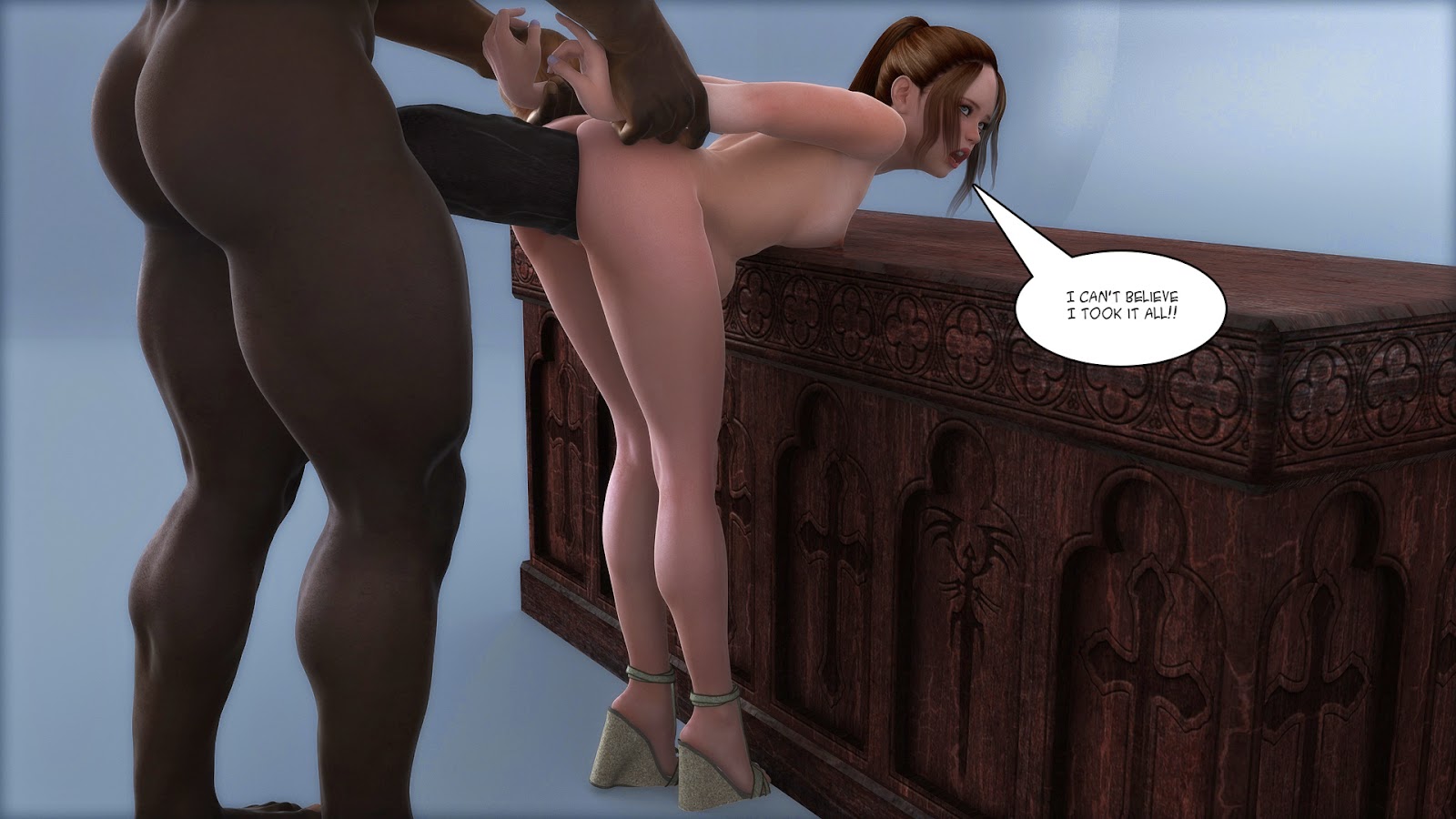 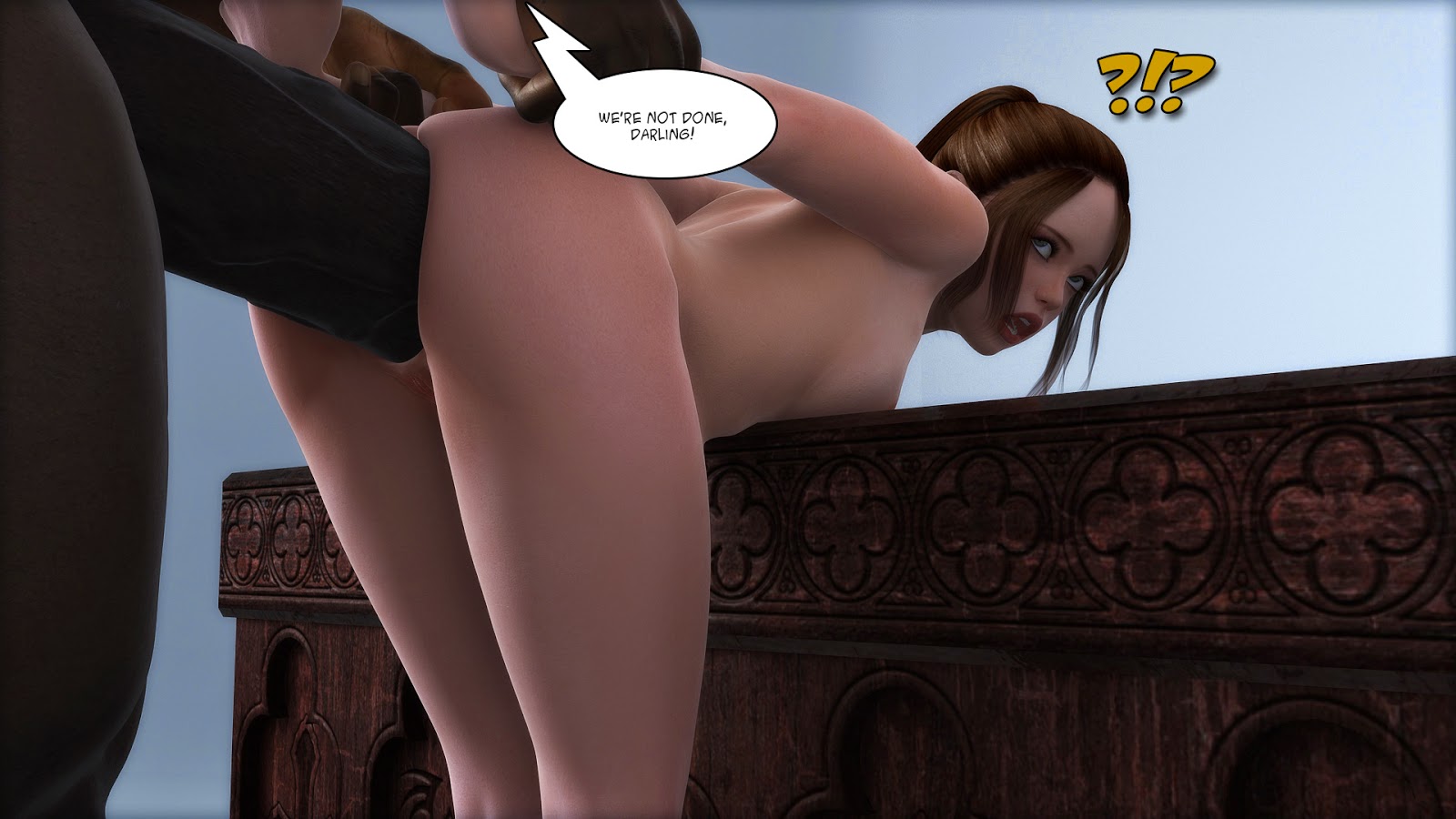 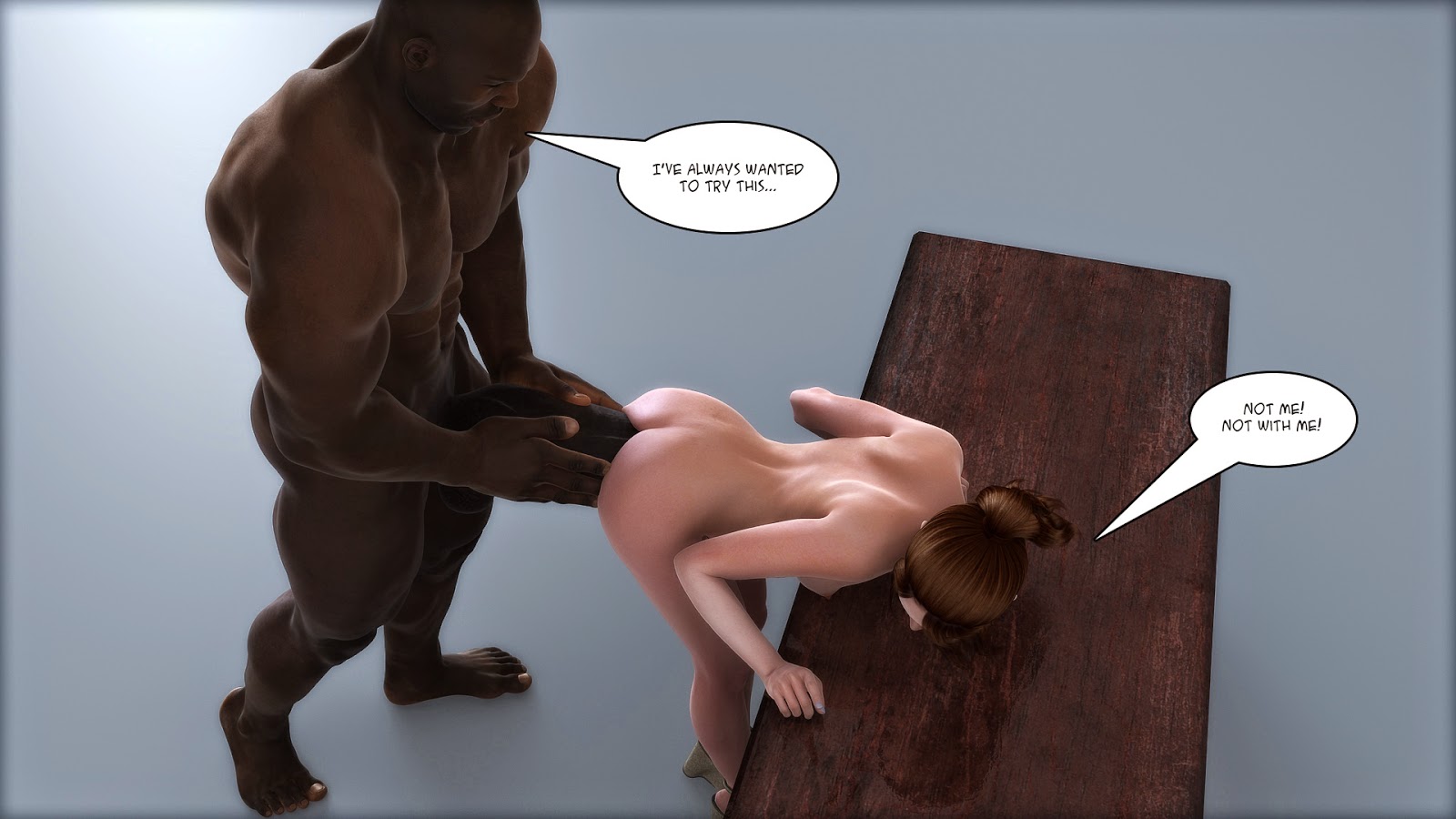 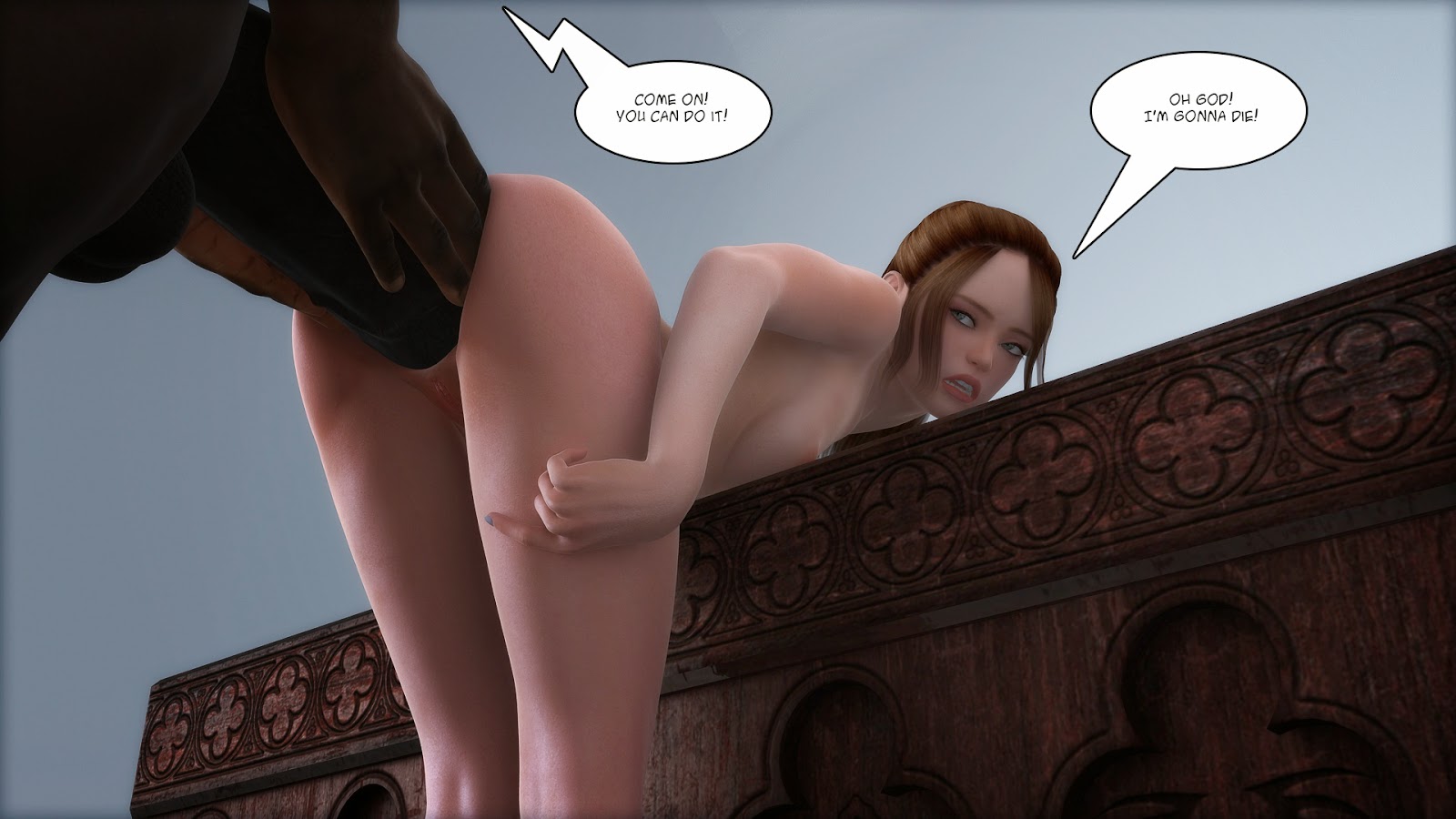 Hopefully you'll all have fun with this.  Karina is fine for those wondering.  Being an apostle of Hedonisa, she heals very quickly.  Until next time, ciao!
PS.  For the large insertion and stomach bulge fans, I recommend keeping tabs on A Third Dimension.

If you have any suggestions, requests or simply want to contact me, feel free to send an email to: damn3dx@gmail.com